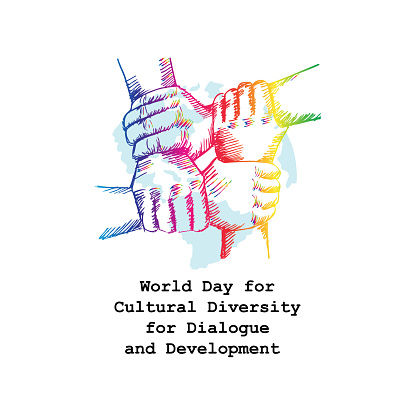 Years ago I came across two researchers, one of them was studying cultural and historical traditions concerning some specific foods which were considered as ‘traditional’ and which played a strong role in defining the local and national identity, and the other researcher was set on a quest to find the origins of a song which many cultures, even distant, consider it to be part of their folklore and tradition. Regardless what a fascinating journey this was in terms of findings both researchers had to give up, failing at finding which culture, nation or people first came up with that recipe and that song. Even more fascinating was the discovery of evidence of cross ‘pollination’ among human cultures and the similar ways how we adopt and adapt each others’ customs and traditions in very similar ways. This is what should be told to those cultural dimension based conflicts that make up for ¾ of the conflicts occurring in the world according to the UN, and bridging that gap is essential, urgent even, to accomplish peace, stability and development.  The day provides us with an opportunity to deepen our understanding of the values of cultural diversity and to advance the four goals of the UNESCO Convention on the Protection and Promotion of the Diversity of Cultural Expressions adopted on 20 October 2005: Time to start, right?  Find out more here : https://www.un.org/en/observances/cultural-diversity-day

Rescogita is a startup that focuses on education through training, coaching, capacity building and consulting, grounded on the principles of ecopsychology, meaning in identifying practical solutions to affect the wellbeing of the individual, the community and the biosphere in a single approach.