After the Reward, the mission might seem complete. The enemy has been defeated, the treasure is taken, the (prince / princess / frog) has been kissed. The Journey is over. But is it really?

Hell, no of course! It’s time to go back home.

And that is true for two reasons: first, all the experience and the amazing revelations obtained in the adventure don’t happen for their own sake. The hero learns some very important lessons out there, but this wisdom must be brought forth, in order to produce some real heroic results (we will come to that later).

The second reason is not “secondary” at all: a basic element of storytelling is that, well, there must be somebody able to tell the story! This necessarily implies that someone must make it back home alive. Or at least, the story must – by the means of some form of communication, that is the same thing.

Many great stories actually are all about going back to where it all started. The Odyssey, for example. Ulysses had just spent 10 years fighting the war of Troy (a journey that didn’t start particularly well for him, to start with), he even had the clever idea to make the war end – in a massacre, but war is war and never changes – so one could say that his job was over there, right? No it wasn’t: the gods were not pleased yet, and Ulysses’ learning process wasn’t complete.

He needed to travel another 10 years across all the known world, meeting wonders and dangers beyond count; he needed to get lost for good, before he could find himself. And learn his final lesson about himself, love, faith and legacy.

It’s a story very similar to Dorothy’s ordeal in “The Wizard of Oz“. After a long and dangerous journey, the little girl from Kansas needs to go back home, before she can learn her lesson and say it loud: 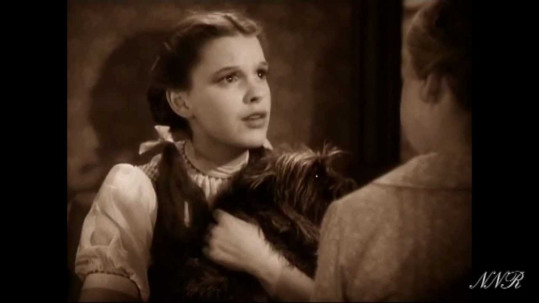 This ending is quite controversial for contemporary audiences. So the point of all adventures is really, just to go back home and never want to leave again? The Wizard of Oz has been criticised by more modern commentators, and rightly so. I don’t believe that was the original meaning of that ending. But we will come to that towards the end of this post.

In “The Matrix” (1999) a different scenario is described. Neo did it: he defeated the Agents, he knows beyond doubt that he is The One. He can bend the physical laws at will! It will hardly get any cooler than that, right?

So why didn’t he just stay in the Matrix, and become the King of Everything? Live-Happily-Thereafter kind of thing? Exactly because he is a Hero, and he knows better than that. He knows that whatever he learned during his Ordeal will have to be taken back into the Ordinary World – even if it will not be easy at all:

This really is a fundamental part of the narrative of the Hero’s Journey.

Whatever treasure, wealth or knowledge is found in the Journey, it must be brought back home. Doesn’t matter how. The Hero’s Journey is not a quest for selfishness, wealth, glory, or conquest – although in many cases, it can start like that. Instead, it is an adventure based on compassion, empowerment and generosity.

The Hero learns that whatever discovery or gain he has obtained, this needs to be shared. Because for him (her) ever to become a hero, it took in the first place a family, a community, friends, Mentor(s), even enemies. The Hero grows and comes to realise all this, and the way to honour this legacy is to share whatever rewards he earned.

This really is all-important. If it doesn’t happen, the Hero will become another archetype: The Fallen Angel. From Lucifer to Voldemort, from Gollum to Dracula, our collective wisdom from classic tales to contemporary pop culture is so rich with examples of heroes who get blinded with their own power (or luck), and decide to keep it for themselves.

“It is better to reign in Hell, then to serve in the Heavens” – so says Lucifer according to John Milton’s Paradise Lost, 1667. Agree? 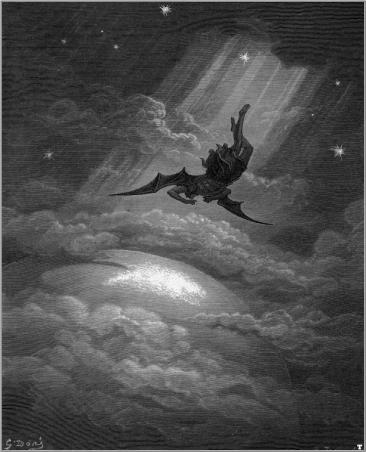 Well, in real life, happy endings sometimes are hard to notice, at least in a short term perspective. But in stories, what happens is very clear: if arrogance or selfishness is the only driving force behind a Journey, the higher you rise, the deeper you will fall. And, mind you: the Journey Back Home can be in many cases a Hero’s Journey on itself. There will be thresholds to be crossed, new tests to be faced, friends and enemies… possibly even another Dark Cave (but more on this, in a later post). Probably there will be a whole cycle again. Just to underline the importance of this stage of the story. Because the decision to go back home can be hard, and as such, must be tested and tested again. At the same time, there is some good news: the Hero doesn’t have to do it all alone. Sometimes it happens that the original Hero is not the one who gets back home. See “300” for example: king Leonidas obviously dies – otherwise the story would be called “299”, I guess, and that wouldn’t sound as cool – and it is Aristodemus who will tell the story to his fellows in Sparta. Or… take “Terminator 2“: Schwarzenegger’s cyborg dies in the iconic scene with the melted steel, and it will be Sarah and the young John Connor who will live and bring the legacy forward. Maybe even too much, since it’s hard to find a sequel that is up to the standard… but that’s another story.

Being a hero is hard work and, as it happens, sometimes it requires the highest sacrifice of all. That’s how hard it gets. But what is our role in that, then? First of all, and it’s perfectly alright: to witness the events. To watch and learn. But also to carry the teachings forward. Possibly to bring it to our communities, so that they will be shared, and the next generations of heroes will know how to face those challenges and maybe, will not have to pay such a high price to complete their quests. So, in conclusion. Does “coming back home” really have to mean that the Hero goes back to the Ordinary World, and business goes back as usual? Of course not. Stories are as diverse in this, as many outcomes we can have in living the human experience. “The Lord of the Rings” provide two perfect cases to conclude our analysis: Sam and Frodo both return to the Shire, after they complete their incredible quest to deliver the One Ring to mount Doom. Film and book differ quite a bit in how this happens (mainly, in what happened in the Shire while the hobbits were gone), but one thing they get exactly in the same way: how the Journey ends for the two protagonists. Samvise‘s journey gave him self confidence and bravery beyond normal. He was able to overcome his limits so many times during his adventure, that once he is back home he knows what is left to do. He goes and proposes to the girl he loves, and they happily get married. He literally brings forward his legacy by creating a family, the wisdom he acquired will live on in his children and benefit the community.

And what about Frodo, then? His story couldn’t be more different. He is also back, and he sure enjoys being back at the Shire. He goes out with his buddies at the pub, he enjoys a little bit of well earned rest.

But his journey was a different one. He went on to explore his family’s history, to meet mistery and wonders, and after he is back, he knows things will never be the same again. His journey has changed him for good.  And – in a true hero’s way – he doesn’t blame anybody or anything for this. Things are  just different now.

It is a familiar feeling, isn’t it? After a deep transformative experience, sometimes coming back home just doesn’t feel – homey – anymore.  When that happens, we must face it. So does our Frodo. It is not without tears that he bids farewell to his friends at the Grey Heavens, when he decides to leave with Gandalf and go beyond the sea. New adventures will await for him there, possibly danger too, but that is what Frodo decides to do, after he knows that his life at the Shire will never be as before. He doesn’t know where is his place. But he knows it’s not there anymore.

Departure at the Grey Havens, by Ted Nasmith

And that concludes this part of the story. Going back home is a fundamental part of any story, because it’s there that the experience is transformed into learning, and can be transmitted. This is how human culture developed. There are many possible ways how this can happen; the story can be told by the same Hero in person, or by someone (or something) else. Immediately after, or in some other time. This doesn’t matter. What matters is that the story will be shared. Because, and that really is at the foundation of any storytelling: a story is not a story, until it’s told.