It is done! We faced our deepest fear, entered the Cave, killed the dragon. We didn’t even think it was possible but – here we are. We almost cannot believe it ourselves, but we did it! While we catch our breath and review the experience, we take a moment to consider all the steps that were necessary for us to get to this point. How was it even possible? Do we remember how different we were, when we started the journey?

And maybe even most importantly, one question arises – now what?

If the “Challenge” (The Dark Cave) is a crucial moment in every story, what follows is probably even more meaningful for the audience. It’s time to take a moment and rest. Talk to our companions about what just happened. Remember and honour what has been lost. And reap the fruit of our efforts. It is a moment of relief, of celebration, and very meaningfully – of reflection and learning. 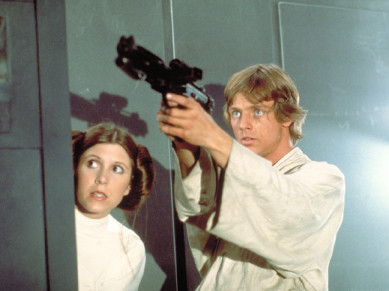 In “Star Wars: A new Hope” (1977) Luke really gets the full package. Gets new powers, escapes with his friends to tell the story, and even kisses the princess. Except, she is his sister.

In Star Wars, Luke saves the proverbial princess and all the company safely escapes from the Death Star. Mission accomplished, now it’s time to relax! Not for everybody: while Han Solo takes his reward and leaves (only to come back later and save the day), Luke understands his victory is actually only a beginning. They have no time to rest, and in the rebel base they assemble to prepare the final battle plan to take down the Death Star. The lesson he learned from Obi-Wan will be crucial for him, in his most desperate moment. Similarly, in “The Matrix” the first victory of Neo opens a whole new world of opportunities for him. He starts to believe that yes, he could be “The Chosen One”. To know for sure, he sets to meet the Oracle (which is another important stage of the Journey: more on that, later).

“Do not try and bend the spoon. That’s impossible. Instead… only try to realize the truth. There is no spoon”. “The Matrix” (1999) is really much more than just a successful sci-fi movie. 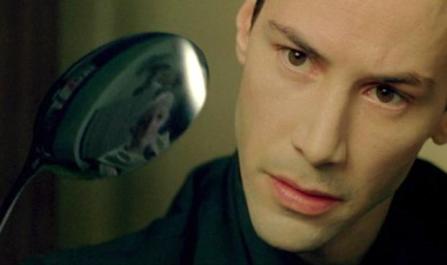 Games also make of this part, a crucial element. The reward mechanism is an essential component in the experience of every good game. And this has nothing to do with age: when we play, we all love the thrill and the excitement that come from it (a very common criticism towards games and gaming is that “they are for children, adults don’t play games”. Well, who says that has clearly never been to Las Vegas!)

Why is that? Science provides very useful explanations, although some are still more in the field of hypothesis. When we feel a sense of achievement, several receptors in our brain and in other areas of our organism are stimulated and produce dopamine. This substance seems to be very important for us: it brings excitement, motivates us to action, improves motor skills, has effects even on our immune system. It creates sexual arousement (and also, by the way, makes us pee more). Doesn’t seem to make us happy (researchers still don’t agree on this), but it surely seems to make us feel proud. And this is interesting: the more unexpected a reward is, the more dopamine we produce. We get a stronger kick by a success when we didn’t see it coming. And also importantly: when we don’t get what we deserve, our dopamine drops below standard level.

And we might have to go a long way to find the treasure we seek. But it’s necessary, as some things just belong in a museum and cannot just fall in the wrong hands. “Raiders of the Lost Ark” (1981).

What can we make of all this? Rewards are, apparently, very important for our wellbeing. Evolutionary mechanisms wanted us to be hard-wired to them. We need to achieve something, in order to feel good. And that’s not enough, we always need to achieve greater and greater things. Our whole organism call for it, and since dopamine impacts on our reproduction, we can conclude that the reward mechanism has an effect on our whole species. But… what if games become an addiction? And they will completely take over, so that our life will completely be organised and run by them? It’s worth reflecting on this dystopian possibilities, as “Black Mirror” does oh-so-well. Yes, it is that important.

It’s only natural then that such a crucial part of our life experience finds its way into the stories of all cultures, from the most ancient in traditions, to the contemporary ones. Good stories warn us, and there are two main teachings we can take from them:

1 – after achievement, there must be celebration. We fought for it, we deserve it, we have to have it. Without it, our whole experience would feel empty and depress us, instead of inspire us to more and greater actions. Our society is certainly messing with this aspect so much: there are a lot of achievements around that don’t get the reward they would deserve; and at the same time there is a lot of celebration happening, without a reason! These two elements together contribute to a general feeling of lack of direction and depression, at a society level. And again, games are so good at this. Videogames, even better, because they can provide very powerful and multi sensorial stimuli. In a good game, for every single achievement you obtain, you unlock some kind of rewards. From smaller, trivial ones (such as little pop-up balloons, stars, little but so gratifying +1 icons…) – to really EPIC ones, like new worlds unlocked, level ups, treasure and so on. Heh. Have you ever played Farmville or a similar browser game? Do you find them really addictive? Here is why. 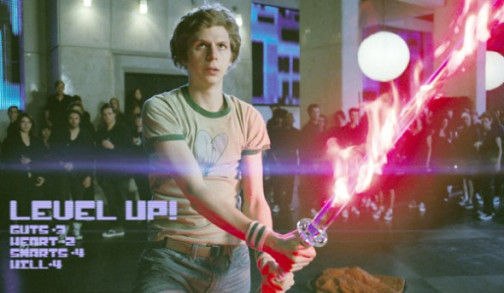 “Scott Pilgrim vs the world” (2010) is a marvel. A comic book-turned movie which is all the time referring to videogame in the structure of its storytelling. Here, Scott has just levelled up.

2 – The second learning we can get from The Reward is that celebration can be as wild as it gets – but it has to include somehow a moment of learning, growth, the understanding that we have somehow reached a higher state. Otherwise it’s just partying for the sake of it, of course not a bad thing – but it doesn’t lead us anywhere, if not in bed with a terrible hangover the next day. Learning, vision, growth, motivation, physical reward (yes, also sexual – we will come to that later in our Journey) must be the real rewards. And how do we make them more meaningful? They have to be recognised by the others. Especially the elders, or the leaders. In other words, it’s not just enough that I achieve the victory or kill the dragon. It’s important that everybody sees it. That’s why the social aspect is also fundamental. A party, why not. Invite everybody to acknowledge that you made it.

Say what you will, but Bilbo Baggins knows how to throw a party. (“The Fellowship of the Ring“, 2001)

Again, this is one aspect that games manage to catch particularly well. Games are social experiences by definition. And if you believe that videogames are for loners, think again: modern games are more and more centred around communities, that live and thrive on their own virtual “canteens” like forums, wikis, social media etc where they gather to share stories, help each other, banter, have the occasional bar fight. They may not meet in person (although sometimes they do), but the feeling of community is definitely there.

In conclusion: are we giving the right importance to this element of our own (and our people’s) personal stories? Do we celebrate, when we earn the right to do it? Do we share the rewards with other people, so the meaning is recognised as it deserves? Do we assist other people so their victories, their achievements, feel as important, and epic, as they should? I believe these are central questions for our society. More and more, as traditional ways of marking growth and life stages (such as rites of passage) are being erased from our cultures. As leaders, parents, teachers, educators, or maybe just as self-aware members of our communities, our role is to bring this superb element of storytelling and games, back where it belongs: in our everyday life.

The iconic claiming of Excalibur, from Disney’s “The Sword in the stone” (1963)