We are finally ready. Or at least, as ready as we can. It’s time to pack and step into the Big Unknown! Usually alone, or following the Messengeror our Mentor, it is time now to get out of the familiar, ordinary world and enter in an Extra-Ordinary space. Just think about it: how many times did it happen to you? Travelling to an unfamiliar place. Entering a new work environment. Having to adopt a new culture. Kicking off a new project. Starting a new year at school… This is the story of new beginnings. There is a very old and rich tradition celebrating this phase, stepping into the Big Out There. And all the challenges that come with it. In the Hero’s Journey metaphor, all the journeys start at the same way. As J. R. R. Tolkien writes in “The Lord of the Rings”:  Every journey begins with a single step.

Bilbo decides to follow Gandalf and the Dwarves in “The Hobbit: An Unexpected Journey” (2012).

How true! In all our adventures, the hardest step to make is usually… the first one. Having to get out of our comfort zone. Quite the effort, isn’t it? It certainly is. As we discussed before (here and here for example), leaving home costs us in terms of energy, at both the physical and mental level. When our species was living in caves, our progenitors were forced to leave the security of our “home” to face unknown risks and predators on the outside. This is how the human species has survived and thrived. We probably store that genetic memory somewhere in our collective mind, and this is why everytime we are faced with a new challenge, we feel an initial resistance to change. It’s even physical, isn’t it? Goosebumps, that tingling in the hair behind our neck, butterflies in the stomach. Our organism seems to revolt and warn us against going out there.

And yet, as we know, that is where the fun part begins. In stories, this stage is usually represented with a a real journey of some kind. Entering a hole in the ground. Opening a door. Leving home, crossing the ocean, jumping in the hyperspace. 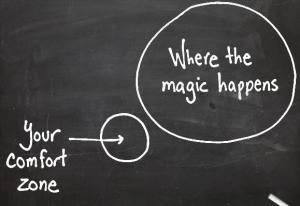 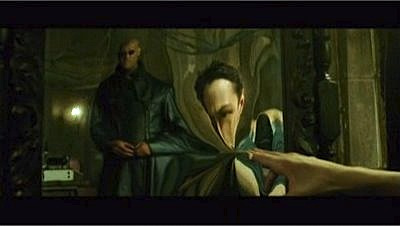 The element of physical movement helps us to realise that change is happening. Of course this whole stage can also happen only at a metaphorical level. Changing job; enrolling in a new school; getting to retirement age; giving birth to a child — these are all perfect examples of “entering an extraordinary world”, seen as entering a new stage of our life. This is the reason why, traditionally, all societies have developed even very elaborated “Rites of Passage” to mark ceremonially the passage from each of our life stages to another. Think of a wedding. Or initiation to adulthood. Or a graduation celebration. In traditional societies, a formal ritual performed by elders or leaders and witnessed by the community, was necessary to seal the end of a life stage, and the beginning of a new one. And all ceremonies, according to Arnold Van Gennep, have 3 distinct stages: separation (leaving something behind), initiation (the core experience itself), integration (into the future life, bringing it all back home). The passage from one life stage to another must be made explicit, so that we and our community can learn from it and get to the next phase. Before you enter, beware. This is the meaning of “The Threshold”. See this, for a great example of a collective Rite of Passage:

Steve Job’s most famous speech (the “Commencement speech” he held at Stanford, in 2005) has all the elements of the Rite of Passage. There is the recognition by the “elders” (himself, an inspiring figure for everybody who wants to start a company, plus all the professors sitting behind). The community element is very present, with all the students, elders and their families attending the event together. And Jobs – an amazing speaker – draws a clear separation between the “before” and “after” in the students’ life, by creating powerful images and sharing stories from his own life on universal topics such as life, family, career, death.

Typically, thresholds were defended by Guardians. 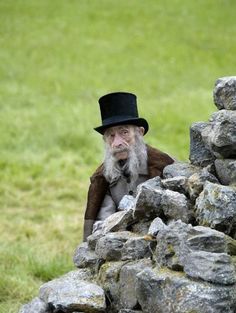 The Guardians are there to make our life a little harder, and more interesting. But they are also there to give more value to the challenge (after all… no pain, no gain, remember?). What’s more interesting: we don’t necessarily need to fight the Guardians. Some are simply there to check our value in other, more subtle ways. A riddle, maybe? A test for some skills of ours?Orpheus was the finest poet of his times. His young, wonderful wife died tragically from a snake bite. Disaster! But instead of falling to desperation, he decided to try the impossible: to go all the way to Hades, the Greek Underworld, to claim back his Eurydice to the realm of the living.

Easier said than done. The gates of Hell were guarded by Cerberus, the feared three-headed dog.

Hercules was able to defeat it in the twelfth of his labours, but Orpheus was no warrior. What to do then? Desperate, he decided to use the only talent he got: his poetry. He started to play his lyre, and so beautiful his music was, so touching the melody – the hell dog cuddled up, rolled on his back, and fell asleep. Letting our hero pass through. (Yes! By the way, just like in Harry Potter and the The Philosopher’s Stone (2001)!) 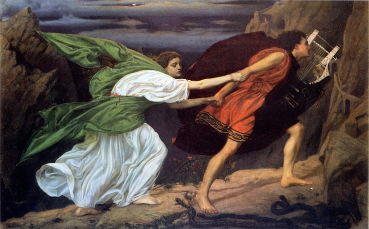 So: changes are never easy – and they shouldn’t be. In order for us to understand the deep value of the important transformations in our life, some kind of price must be paid. A sacrifice: “sacri-fice”, from Latin: to make something sacred: not at all a bad thing according to our ancestors!This concept is deeply encoded in our culture. If you want to enter a new place, get ready to face the consequences. A very powerful symbol for this could be found in the ancient Greek and Roman culture: at a funeral, two coins were placed on the dead person’s closed eyelids. The person would need the money to pay the ferryman to get to the other side of the River of souls. The tradition has been only slightly changed and adopted by George R. R. Martin in his “A Song of Ice and Fire” saga (and in the uber-popular HBO tv series). 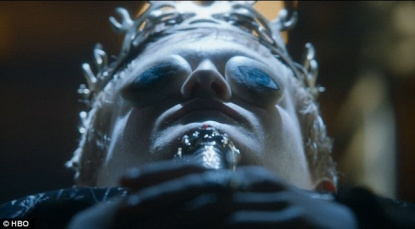 Or… think of a bridge. Nowadays we get away with paying just some toll. but what happened in the tradition? Trolls used to live under bridges, monstrous creatures ready to devour the unwise travellers, unless they managed to solve a riddle, leave a tribute or show otherwise their worthiness. 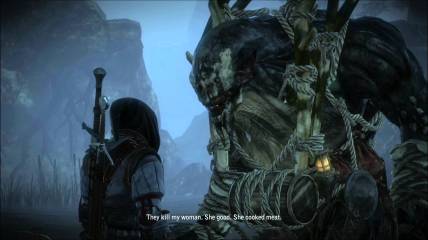 Geralt meets a proper bridge troll in “The Witcher 2” This is why it’s probably never a good idea to go for a free ride. There is a Spirit somewhere that gets angry, every time we cross a threshold without respect. Keep that in mind, next time it manifests in our material world, maybe in the form of a Public Transport authority or a Tax Agency officer.  It hurts… but there is a lesson to learn there.

Well – do you see the bigger picture?If you want to get somewhere, are you willing to pay the price?

Cooper, the heroic space explorer played by Matthew Mc Conaughey in “Interstellar” (2014), has to face this harsh realisation in his conversation with Dr. Brand (Anne Hathaway).

Brand – “You told me there were enough resources for the both of us.”

Which is in my opinion brings forth a very interesting reflection. No matter if you look at the issue from the purely logical-scientific point of view, or from a spiritual one: the conclusion is the same. When you leave your comfort zone, if you ever want to achieve something, you have to be ready to leave something behind.

So, to recap. A few tips for heroes in their journeys: